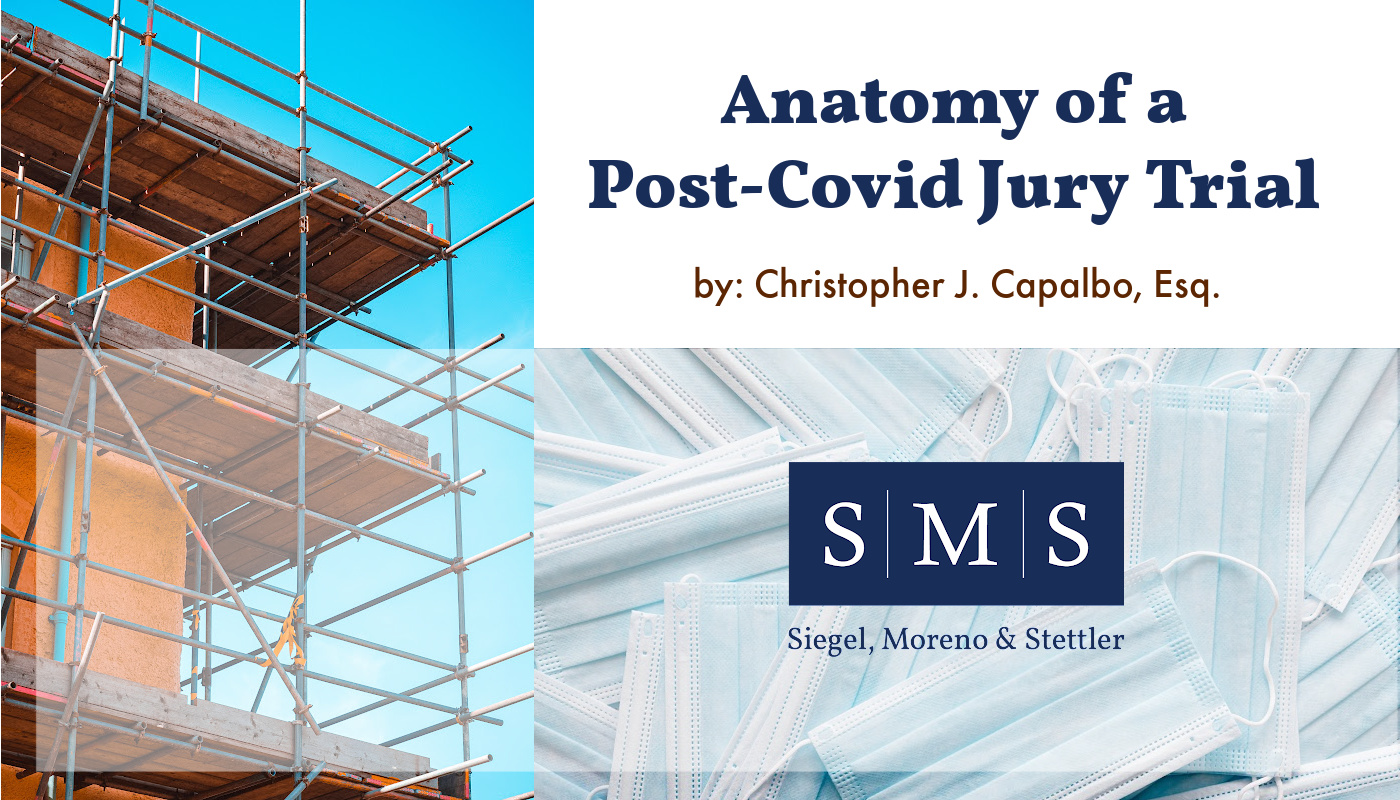 The month was April, the year: 2021. Most California counties had ceased civil jury trials for about a year and the previous winter had been especially deadly for our state. It was a sad time; friends and coworkers near and dear got very sick and loved ones were lost.

The county where this subject workers’ compensation subrogation case was venued had not yet held a civil jury since closing for Covid in 2020. But our trial date of April 19, 2021 was fast approaching. All counsel involved in the case were reaching out to their contacts to determine if any jury trials were even happening. The courts in California had been purposely closed-lipped about trial dates to force parties to continue to litigate, prepare for trial and hopefully settle in order to ease the tsunami of cases set to bear down on a court system.

The answer that all counsel got was unanimous: “There is no way your case is going out for trial.”

Then came the call from the court. They set an emergency Mandatory Settlement Conference by Zoom, of course, to try to get our case resolved. When that failed the Judge came into the group chat room and told us news we were all equally shocked to hear: our case was assigned a courtroom and trial was going to start on schedule.

The date of injury of this case was 2016. The case was close to violating the rule requiring cases to be tried or dismissed within five years. So, our case had priority. We were going to be the first Covid jury trial to go out in that department since the shutdown began. Even though the news was delivered firsthand, there was still a feeling that it was not actually going to start. Nonetheless, the crazy rush trial prep began. Fifteen expert depositions in two weeks, all done by remote means. Nonstop trial prep and document exchange all done by eservice. Seventy-hour work weeks. It was really happening.

Flying up for the trial was my first time on a plane, in an Uber and in a hotel since March 2020. When I arrived in the city, one of the largest in the nation, it felt like a ghost town. The storefronts were shuttered. There was no one on the streets. The hotel was vacant and only operating with a skeleton crew and very minimal amenities. It felt more like a post-apocalyptic movie than real life.

The trial started. The courthouse was empty: no one in the hallways, no line to go through metal detectors, no sign of attorneys or staff or jurors or the public. It felt like the courthouse was all ours. The Judge informed us that we were all–judge, deputy, clerk included–guinea pigs in the first post-Covid jury trial experience. Masks were always mandatory. No eating! Drinking was only permitted by straw with a very specific method of lifting the mask up, not pulling it down. Social distancing requirements were in place. No more than one counsel at a table. Extra tables had to be brought in. Mine was a small folding table I shared with the AV console – but that’s subrogation for you. No walking around the well! Openings, closings, direct and cross would all be done while seated (and wearing a mask, of course). Imagine a trial where the jury never gets to see anything but counsel’s eyes. Same with all the witnesses.

So much of what we have learned as people, how to read credibility and build rapport, is based on reading faces. How was this going to work when that key feature of human interaction was not in play? Would the jury be able to tell who they liked and did not like? Could they tell who they believed and did not believe without seeing lips and expressions? Humor, anger, sadness, and seriousness is all expressed in the face. Would the jury recognize a light joke without the accompanying smile?

Another issue with testimony, in addition to masks, was that many witnesses would be permitted to appear by Zoom. The court was encouraging remote testimony, if possible, to alleviate courthouse capacity concerns. The jury questionnaire was geared towards vetting these issues and testing the jurors’ bias against masks and remote testimony. The answers bore out these issues as potential jurors raised concerns about the failure of witnesses to testify in person and expressed concerns about the veracity of remote testimony.

Jury selection was one of the more dramatic differences. Only sixteen jurors were allowed in the room at a time for voir dire. That meant counsel had to do the same voir dire set over and over and over again for the nine groups of jurors that were brought up. Many jurors were excused because of fears of catching the virus, caring for loved ones with the virus, childcare issues due to schools being remote due to the pandemic and vaccination appointments. Sometimes out of a group of sixteen only six jurors would be viable after COVID-related excuses were done with.

Once the jury was finally empaneled, they were not allowed in the jury box. The jurors were spread out throughout the galley area where the public would normally sit. Yes, that always meant that the attorneys had their backs to the jury. We could not see their faces, their reactions, nor their note taking in response to witness direct and cross. For the most part we had no idea what their reactions were; we had few clues as trial progressed as to what was going through their minds.

Witnesses were confined to the back corner of the court room to stay as far away from everyone else as possible. This required all parties to chip in funds to have the courtroom completely wired and fitted with large monitors in three areas of the courtroom. The witnesses talked to a computer on the witness stand which then projected the witness’ face and testimony onto a monitor for the jury to see. Exhibits were piped out on two other screens. Each attorney had a monitor on their table to see the exhibits as well.

The jury was not allowed to deliberate in the jury room and was instead given an entire courtroom in which to deliberate. The judge remarked that normally you could hear sounds of the jury talking, laughing, or debating. But since they were in a different courtroom across the hall, court and counsel had no clue what was going on. Did I mention the court was on furloughs due to budget issues, so the court was dark on Fridays?

The trial started on April 19. As of this writing, the trial is still going! Seven weeks and counting on what was a fifteen-day trial estimate. Jury selection alone took over a week due to the spacing and limitations on group sizes. It is hard to believe though, that towards the end of this seven-week period, the state of the pandemic could not be more different. As we wait for the jury to come back, most storefronts have now opened and lines have formed at the coffee shops. Other attorneys now move around the courthouse. More jury trials are going. And, as of June 15, California will lift all restrictions and be back open for business as usual.

I am sure the state’s reopening will take several weeks to filter down to the court system, but I feel that I might have been one of the few attorneys to have experienced a jury trial under those extreme post-Covid restrictions. It most certainly was an experience I will never forget.

At the end of the day, despite all the hurdles and unique conditions, I feel my client was able to get a very fair trial thanks to the efforts taken by the amazing team of court staff and counsel who worked nonstop to make sure it all went as smoothly as possible. As humans we adapt and find ways to persevere. Court, counsel, and jurors all did their jobs despite the hurdles and the American justice system prevailed.

Previously published in the Subrogator Magazine 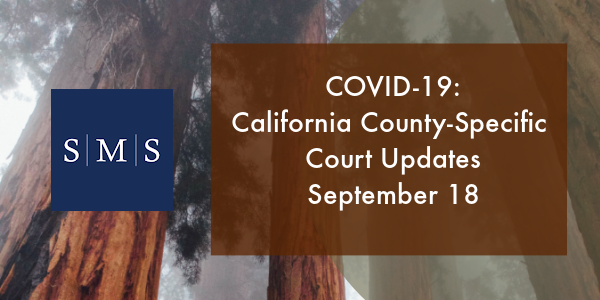 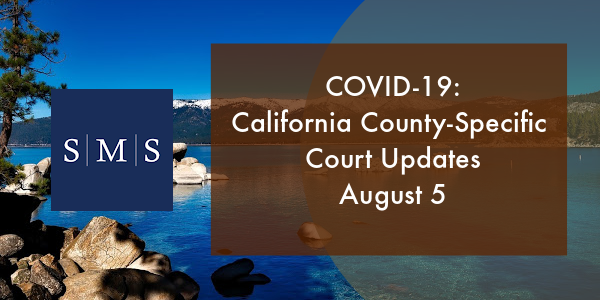 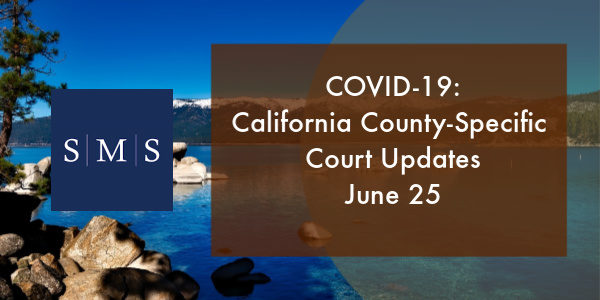