What does the caselaw say? 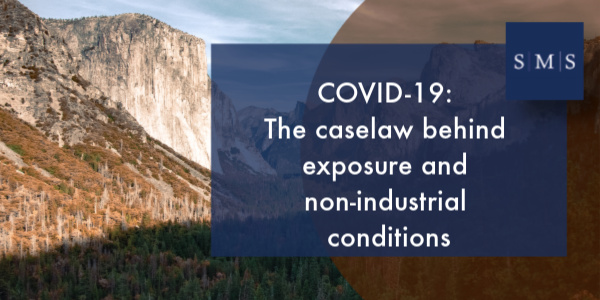 There is no doubt that everyone who participates in the current Workers’ Compensation system has been affected by the spread of the COVID-19 virus.

And, it is not surprising to me that employers, carriers, examiners and attorneys alike are wondering what life after containment of the virus will bring to our little world of litigation. These changes include not only changes to the workplace, changes at the WCAB, but also with the filing of COVID-19 cases against employers. In the past few weeks, I have been given the opportunity to participate in a roundtable with clients and employers, and I drafted a memo regarding relevant Labor Code sections and an overview on the initial claim investigation process. And in preparation for these events, I have scoured caselaw to find out what it says about a claim for exposure to a virus or other infection. My search results are below.

What does the caselaw say?

Anyone who practices or works in our little world is well aware of the liberal nature of claim compensability in general. A virus or bacteria exposure at work is no exception. As is with any injury, the applicant has the burden of proving with a “reasonable probability” that the disability (i.e. COVID-19 exposure), occurred during the course and scope of employment. McAllister v. Workmen’s Comp. App. Bd. (1968) 69 Cal. 2d 408. However, caselaw also establishes that there can be significant difficulty in determining injury when the source is unknown or unclear, thus establishing a narrower rule specifically for infectious diseases. As stated in the LaTourette decision,

“[I]n the area of nonoccupational disease, [t]he fact that an employee contracts a disease while employed or becomes disabled from the natural progress of a nonindustrial disease during employment will not establish the causal connection.”…“The narrower rule applicable to infectious diseases arises from the obvious problems of determining causation when the source of injury is of uncertain etiology, the product of invisible and often widespread viral, bacterial, or other pathological organisms. The potentially high costs of avoidance and treatment for infectious diseases, coupled with the fact that such illnesses often cannot be shown with certainty to have resulted from exposure in the workplace, also explain the different line-drawing by our courts in the area of nonoccupational disease.” LaTourette v. WCAB (1998) 17 Cal.4th 644, 654.

The opinion expressed in LaTourette is elaborated on further in the Pacific Employers decision, which states that simply because an applicant becomes ill and happens to be employed at the time of illness, this does not create the nexus needed to establish causation. Pacific Employers v. IAC (1942) 19 Cal.2d 622. Nevertheless, as is common with all workplace injuries, the burden is quite low. The applicant only has to provide a “reasonable” or “probable” causal connection to prove the source of any contagion or disease through a preponderance of the evidence. McAllister, supra, at 416-418.

Bringing us full circle back to the injury as plead by the applicant, the caselaw identifies two exceptions to the compensability dilemma for a disease that would generally be considered non-occupational. They are:

For the first exception, there is plenty of caselaw to guide us in determining what exactly is an “increased risk” when compared to the general public. If there is a greater risk of exposure in the workplace as opposed to risk in the general public, an injury may be deemed industrial. For example, as quoted in the LaTourette decision, the Pacific Employers decision found that an applicant’s contracting of Valley fever was compensable due to multiple work trips to the San Joaquin Valley and Arizona regions which has mold and fungus in the soil that causes said condition. LaTourette, supra, at 654, Pacific Employers, supra, at 622. The court determined that the applicant lacked an immunity to this condition that local residents would have developed and as such was placed at greater risk than that of the general public.

In Bethlehem Steel, the court determined that contracting the eye disease of keratoconjunctivitis was a compensable injury for a shipyard worker. Although this was a disease that was contagious throughout the San Francisco bay area in general, the Supreme Court determined that the shipyards of the San Francisco area had a greater proportion of employees exposed at the work site than the general population. Bethlehem Steel Co. v. IAC (1943) 21 Cal. 2d 742. As such, the injury as allegedly contracted while working was deemed industrial. Finally, we have the Bradley decision, which determined that a Hepatitis B infection was industrial despite no evidence of a specific incident of exposure, given that a detective was exposed on a regular basis to drugs and drug paraphernalia, thus creating a higher risk exposure. City of Fresno v. Workers’ Comp. Appeals Bd. (Bradley) (1992) 57 Cal.Comp.Cases 375.

For the second exception, we can turn to the case of Maher v. WCAB (1983) 33 Cal. 3d 729, wherein a nurse’s assistant who had pre-existing tuberculosis received treatment while still working her usual and customary duties. After suffering from an adverse reaction to her medication, she filed a claim for her injuries. The Supreme Court decided that the required medical treatment that was needed to continue working resulted in an industrial injury, even if the condition itself was non-industrial. Let us not forget that once again, that ultimate burden borne by the applicant is still rather low, even for exposure cases. Indeed, per Guerra, “a medical opinion that industrial causation was ‘“not zero’” was sufficient contribution… ”. Guerra v. Workers ’ Comp. Appeals Bd. (Guerra) (2016) 246 Cal.App.4th 1301, 1310 quoting South Coast Framing v. Workers’ Comp. Appeals Bd. (Clark) (2015) 61 Cal.4th 291, 303.

During a conversation I had with a broker regarding COVID-19, we discussed the scenario where the applicant was forced to work from home. I would contend that the home environment would make it less likely contract COVID-19, than would an instance in which one commutes to work and then spends the day amongst their co-workers. Nevertheless, per the lessons gleaned from Maher, illness from the non-industrial condition could be deemed industrial in and of itself, simply due to the employer requiring a modification of the work place.
Further, per the Tidwell decision, injuries sustained when working from home are industrial if the employer is aware of the remote employment and has provided approval (express or implied) to the work being performed remotely. Santa Clara Valley Transportation Authority v. WCAB (Tidwell) (2017) 82 Cal. Comp. Cases 1514 (writ denied).

COVID-19 exposure cases are just starting to trickle into the system and the litigation resulting from these cases will undoubtedly be interesting to read and study. In a prior memo, I provided my thoughts regarding the timeliness of the investigation for COVID-19 claims and the need to be quick and thorough. Regarding the payment of indemnity benefits as a result of time off of work or need for quarantine, the opinions already vary, depending on which attorney you ask. Do you have a question? Many questions? About the caselaw or anything else? Feel free to reach out to me. I would love to speak with you. 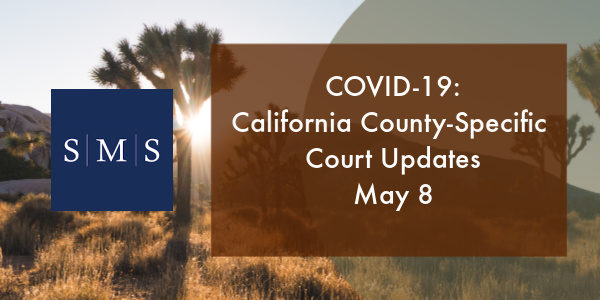 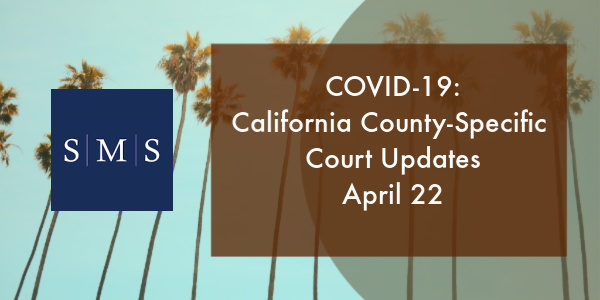